ou’re cruising the streets of Mexico City in the company car, feeling good about your trip across the border: A week to explore exotic night spots, soak up some sun, and do a little work. You pull up to a red light, idling for a minute. Startled by a knock on the window, you turn to find two men, two guns, and two options: let them in, or . . . let them in. If you’re lucky, the next step is waking up in a cold sweat. If you’re not, then you, your ATM card, and your wallet just succumbed to an “express.” That’s “express kidnapping” – the latest trend among Mexican criminals, and one of many reasons to look at kidnap and ransom insurance if your company sends employees abroad.

Kidnap and ransom policies (“K&R”) provide coverage in the event of a kidnapping. The policies cover not only executives and employees, at home and overseas, but also, in many cases, employees’ families and guests staying in their house or traveling with them are covered as well. Some policies even cover consultants who are abducted or held for ransom while on a job site for the company.

A typical K&R policy covers all kidnap-related costs, from ransom to travel expenses. Ransom money is also insured during transit, until it’s delivered. Other potential covered costs include legal liability, fees for a professional negotiator, personal accident insurance, and travel expenses. Some policies will cover the expenses for a security consultant called in to investigate a threat, even if no ransom payment is necessary or no one is kidnapped.

“When you have a disaster such as a kidnapping or extortion, what you really need is instant help,” says John Coonan, vice president and deputy of US operations at Chubb Executive Risk. K&R policies partner the insurer with a security company specializing in international terrorism, which can finesse the delicate task of negotiating with kidnappers. Within a day, representatives of the firm will be on-site, working closely with the client to ensure that all aspects of a kidnapping have been attended to.

“The biggest selling point of the coverage is that a specialist is available to the insured,” says Will Demers, manager of commercial risk at Travelers Property Casualty, which partners with the security firm Control Risks Group of McLean, Va. Hearing that a colleague or family member has been kidnapped spurs panic in most people; the security firm acts as a neutral advisor who can not only guide ransom negotiations, but also ensure that often-overlooked details, such as informing the press, are taken care of.

Some security specialists take over the negotiation; others prefer to devise strategies but have them carried out by a family member or company representative, fearing that the presence of a professional negotiator might anger the kidnappers.

Policy limits vary, depending on the company’s size and the riskiness of its ventures abroad. Coonan estimates that a smaller company with two or three overseas locations can buy $10 million in coverage for between $2,000 and $5,000 per year in premiums. Large corporations with as many as 50 overseas locations often purchase upward of $20 million in K&R coverage, costing $25,000 or more per year.

Afraid publicity will lead to fraudulent claims, or even actual kidnappings if the existence of a policy is known, companies with K&R coverage keep their purchase under wraps, so it’s hard to guess how many carry the coverage and how often it’s put to use. Coonan speculates that at least two-thirds of Fortune 1000 companies purchase K&R coverage.

“It’s common coverage, and we pay out ransoms every year,” says Coonan. Insurance companies decline to discuss many kidnapping details, citing client confidentiality. Coonan cites two instances where K&R coverage proved a worthwhile investment: A kidnapping in El Salvador where a medical-products company executive was abducted and his driver killed. After eight weeks the executive was released, only after his insurance company paid a $7 million ransom. In Guatemala, a local businessman was abducted and released after his K&R insurance paid $4 million in ransom. “Over the years, it’s been a profitable product for us,” says Coonan, “and it’s not only the Fortune 100-type companies who are going overseas.”

Who needs it? Do you really need this coverage?

After all, it sounds a bit extreme. Reading the materials accompanying a K&R policy can make you feel like taking your next business trip down the street rather than overseas. Says Demers of Travelers, “A lot of smaller companies don’t realize the exposures they face. You don’t find many companies without, say, fire insurance, but you do see a lot who never buy kidnap and ransom insurance.” Coonan agrees, saying, “It’s a real world threat.”

Colombia leads the world in kidnappings. Colombian kidnappings are generally well-planned, professional jobs, often involving extensive research on the company, surveillance of the kidnapping target, and high ransom demands. In a widely publicized 1998 abduction, the FARC (Revolutionary Armed Forces of Colombia, a Marxist rebel group) kidnapped Canadian mining company employee Ed Leonard, then traded him for Norbert Reinhardt, a company executive who felt compelled to take Leonard’s place. Reinhardt, who did not know Leonard, was eventually released in exchange for $170,000 in ransom. (No word on whether an insurance company was involved in the negotiations.)

Then there’s the Mexican kidnapping threat. While Colombian kidnappings are highly organized crimes, Mexico is notorious for “express kidnappings,” where assailants wait roadside until a likely victim – namely, one in a new, fancy car – drives up. The victims are forced out of the cars, sometimes violently, and taken to ATM machines. They are forced to withdraw money, then set free.

Coonan argues that in the increasingly global economy, it’s small businesses who can benefit most from kidnap and ransom insurance. “Larger companies have huge risk-management teams and are generally much more savvy about using security consultants, knowing what their exposure is. They take as many protective measures as they can,” Coonan says. For instance, using a security consultant and internal research, a large company can track the movements of the FARC, avoiding Colombia at times when the rebel group seems likely to strike.

“A fair number of smaller companies, say one that’s just exploring the Colombian landscape, won’t be as aware of what the risk is,” Coonan explains.

All this can make you think a kidnapper lurks outside every hotel in every city outside the US But according to Victor Ferreira of Control Risks Group, 90 percent of abductions are preventable, and you’ll be much safer following the advice of your security consultant in planning your trip.

Here are some hints on how to avoid trouble:

And if you do have a problem, Ferreira offers Control Risks Group’s top tips for abductees:

We Want Your Opinion!

Write a Review(opens in new tab)

Let Us Insure Your Future 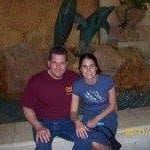 Miller Insurance is friendly, knowledgeable, and honest.Greg A., Miamisburg, OH 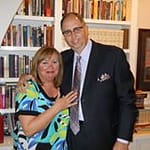 Representing Erie Insurance and Many Other Highly Rated Insurers